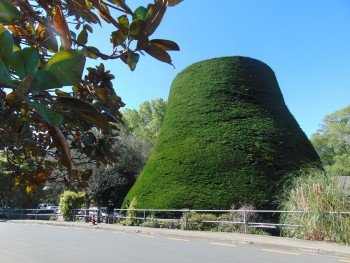 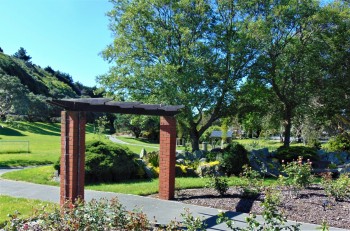 A 2023 Booklet (containing the Courses information) has being delivered (either by hand or post) to each address where we have current members.  The November 2022 U3A Newsletter is included with each Booklet.

For the latest News and Reports for some groups...

It's with sadness that we notify our U3A Tawa members of the passing of Eddie Robertson who has been an active member of U3A Tawa for many years.

Eddie was a Director of DSIR  and was a lively Current Affairs "discusser/ debater", in the days we met down at Doris Mills Lounge in Linden - before he turned 100!

He was proud of being School Dux for two years - rare! There has been a DSIR building at Upper Hutt named in his honour. He may have out lived it.

Older U3A members may recall much about Eddie and his tales. Worthy of a U3A note somewhere.   More...

Eddie never lost his boyish enthusiasm and sense of humour. He was a regular attender at Current Affairs and could hold his own in debate despite being nearly 100. His main argument was that in NZ we don’t seem to be able to make a decision and stick with it. We are always “consulting” then when a decision is finally made it’s always up for grabs again.

Eddie went off to the UK during the War and got very used to getting things done and not just talking about them. He was watched to the Royal Navy and worked on de-gaussing marine mines and the like. He well remembered being sent to meet a top NZ scientist on a wharf at Portsmouth. “He said hello then disappeared off. He said he’d be back in a few minutes but I next saw him nine years later. Wartime was like that”.

Eddie very much admired the tough regime of Lee Kuan Yew in Singapore. Also, he personally met with the Iron Lady, Margaret Thatcher, when she visited here as UK Opposition leader in the late 1970s. He spoke with relish about Mrs. Thatcher. She and he had exactly the same ideas about Government science and of course she was a scientist (and lawyer) too.  Her minder kept insisting she had to leave but she and Eddie were locked in conversation and they ran over time by well over an hour.

Eddie was dead against the infamous government “jolly” trip. He regularly sent his scientists all over the world in search of ideas and to support other Commonwealth countries. “I always made sure that any trip to the US or London included some hard labour along the way in, say, Africa or India where they didn’t have our advantages. That’s was what the Commonwealth was all about”.

A really great man, was Eddie.

From time to time news and invites from the Mana u3a will be posted for your information.

New Stories:
Older stories:  The Storm
Padma -about my life
Educating the Neighbours (and Others) – by Ainsley
I'm Not Dead Yet
One ANZAC Day
Leaving - very topical
Epidemic of Love.
Book Published

Tawa U3A is a group of people who are free during the day to gather for activities of interest.

We organise courses to teach subjects of interest like Art , Ancestry or Ukulele.

There are Discussion groups where you can express your point of view, and games both indoor and outdoor.

Talks are arranged on topics of interest like Health, History or Travel. We cooperate with other U3A groups and share sessions.

All up, we offer more than 50 learning and social opportunities at minimal cost.

You are certain to find some things that are of interest to you.

You can email us - [email protected]

Hi everybody, from Rosemary Smith your news editor.
I welcome contributions that make for informative and interesting reading for our members, it’s
increasingly important to keep continuity.
Thank you to all those members who have happily sent me material AND photos about group
activities, interesting stories and snippets about their lives.
Please do keep them coming

Stay safe everyone, and I love the cartoon that Helen Roper sent me! Rosemary Smith >>>

How to join U3A

Joining U3A Tawa can be done with a minimum of fuss. An easy way is to ring or email one of our Committee members whose names and contacts appear in the Contact Us page of this site.  You can also use our ENROL page or contact info email at the bottom of this page. The bank account numbers for paying the annual sub are also in the Contact Us page or you can pay to a Committee member. We look forward to hearing from you soon. Welcome to U3A Tawa.